Improving safety: The A507 Campaign 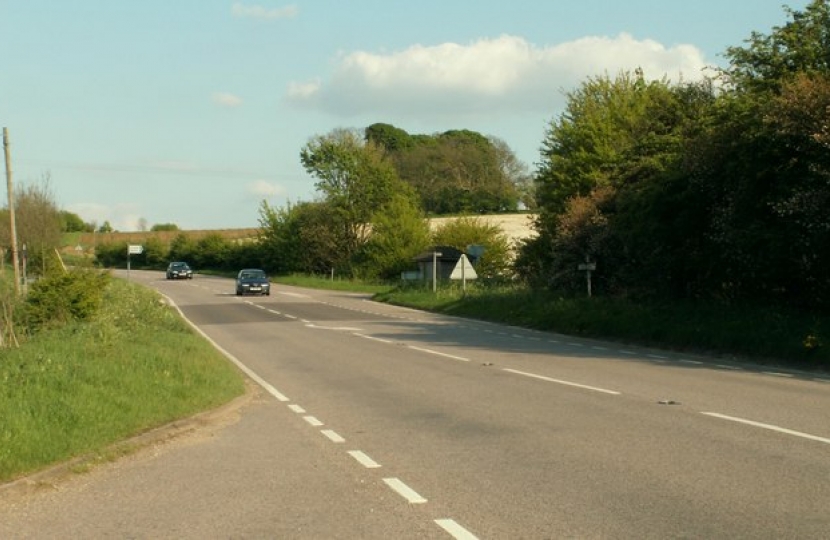 I am campaigning to promote better safety on the A507 which runs between Baldock and Buntingford in my constituency.  There have been a number of accidents on this stretch of road and I have had site meetings with councillors, the Herts Highways and am in contact with police to press for measures to improve road safety here.

August 2014 - Following my campaign for resurfacing the A507, a section from the Buntingford By-pass to Buttermilk Grange has been completed. I am delighted to hear that some work has been undertaken on the A507 and further re-patching is to take place. I am continuing to press on the issue of better safety signage along this road. The press release is below.

January 2015 - I contacted Hertfordshire County Council to register my objections to the Buttermilk Farm planning application. My submission can be found as an attachment below.

February 2015 - I attended a photoshoot to raise awareness of the campaign. The photograph can be found below.

June 2015 – A meeting between me and campaigners for safety on the A507 in Cottered is being arranged.

January 2016 - I have had an update from Herts Highways saying that surfacing dressing works have been undertaken between the C5/A507 and Warren Lane/A507 junctions.

In addition, surfacing dressing works are planned for May 2016 in the area around The Crescent, Cottered, and surfacing work on the double bends to the east of the junction with Burymead Lane, Cottered are planned for the year 2016/17.

However, I remain concerned about inadequate signage on the road, and will continue to press for improvements.