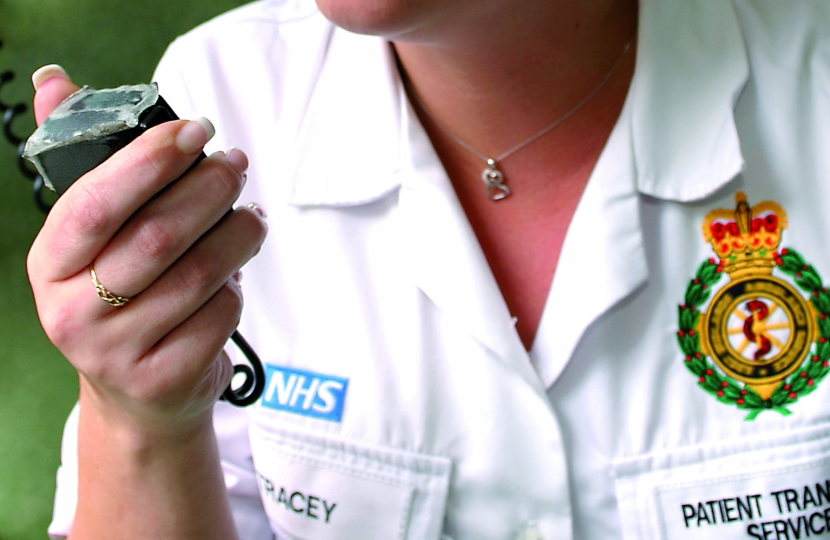 Many of my constituents will know that discussions about the future of the Royston Hospital site have been ongoing for some time. I attend regular meetings with the NHS to ensure the interests of patients. I want to see the hospital site develop in a way that will best cater for our present and future health and social care needs.

Please see below the letter that I recently wrote to those living in Royston encouraging them to respond to the consultation which is currently ongoing about the future of the Royston Hospital site.

You can click here to see my blogs on Royston Hospital.

Things we have done so far.

October 2020 - I have received a letter a response from North Hertfordshire Property Services in regards to my requests for greater use of Royston Hospital site. The response is attached below.

October 2020 - I have written to the Cambridgeshire & Peterborough Clinical Commissioning Group requesting an update on the Royston Hospital site.

October 2019 - I am writing to all Royston residents about the CCG’s consultation to find out how residents would like to access and use services for the future.  See attached letter

September 2019 - I am arranging a meeting with local Royston campaigners to hear update.

July 2019 - I pressed the case with Secretary of State for funding via STP for NHS and Social Care hub and Agreement for a Care Home.

July 2019 - I contacted Jan Thomas of CCG to discuss and it seems Addenbrookes are assessing Royston for a return of beds.

November 2018 - I asked a Parliamentary Question to the Secretary of State for Health and Social Care about a timetable for the decision by the Cambridge and Peterborough Clinical Commissioning Group on the options for an NHS and social care hub in Royston; and if he will make a statement. You can see his answer here.

In April 2017, I attended recent public meeting in Church, helped with a 5000-strong petition and am asking for a meeting with Jeremy Hunt.

November 2015 -  The NHS approved funding for a full Options Appraisal in relation to the proposed NHS/Social Care Hub in Royston. There had been two delays in the process, so I asked the Health Secretary to step in personally in order to get the decision made. This is a big step forward for this project, and the full press release can be found here.

March 2015 - Following the last Engagement Group meeting, I wrote to Maureen Donnelly, Chair of Cambridgeshire and Peterborough Clinical Commissioning Group, based in Cambridge. I said that CATCH had approved the options for Royston Hospital to go forward to the CCG's Board for ratification so that the business case could be worked up for each of the options, and that I hoped that the Board would continue to support this process. She promised a briefing when the Board’s decision is known, and on next steps.

After the Election, I met again with Maureen Donnelly, and she confirmed that the options are going to be worked up as a Business Case and that this has been approved by the Peterborough and Cambridge CCG Board.

February 2015 -  I had a meeting with the hospital engagement group in which it was announced that the options for the redevelopment of the hospital site had been approved by the Cambridgeshire Association to Commission Healthcare (CATCH) and are now to go to the Cambridgeshire and Peterborough Clinical Commissioning Group. After this, the business case review for the options will take place. It is good to see progress on this important project.

December 2014 - I received an answer from the Health Department to a Written Parliamentary Question that I tabled, asking about the redevelopment of the Hospital. The Government said that the Clinical Commissioning Group is working closely with NHS Property Services and Hertfordshire County Council to develop options for the Hospital site. I am keeping a close eye on the situation.