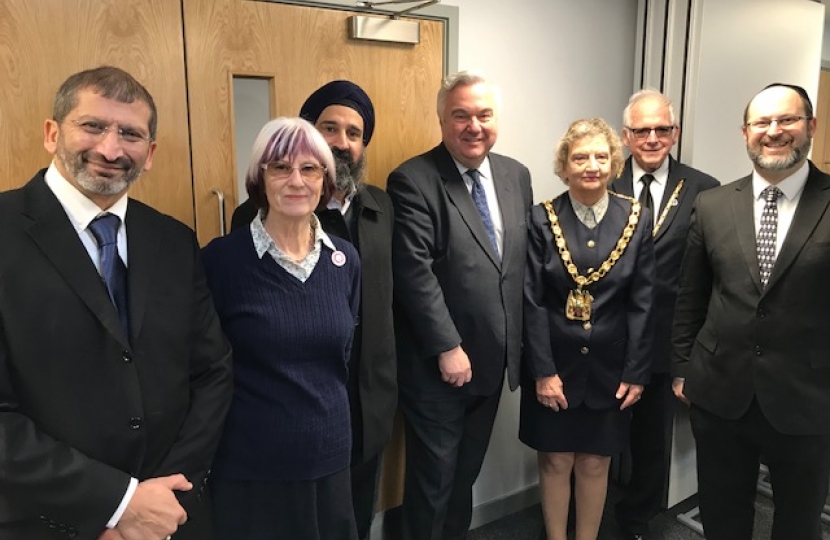 Commenting, Oliver said “This was a moving service, particularly marking the 75th anniversary of the liberation of the Auschwitz concentration camp.  The theme of the service was standing together and respect.  I was pleased that so many local people came to the service to ensure that the brutality of the holocaust and other genocide must not happen again.”

Afterwards there was a reception at Gernon Road where the photograph was taken.