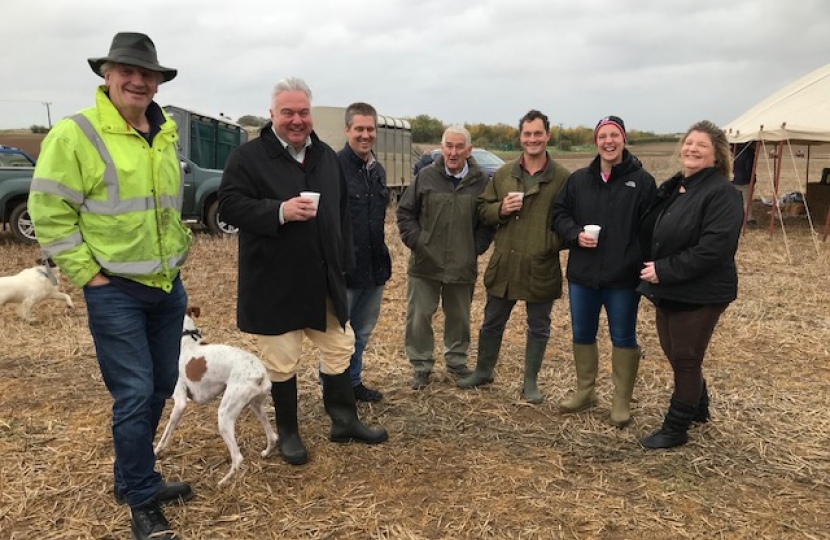 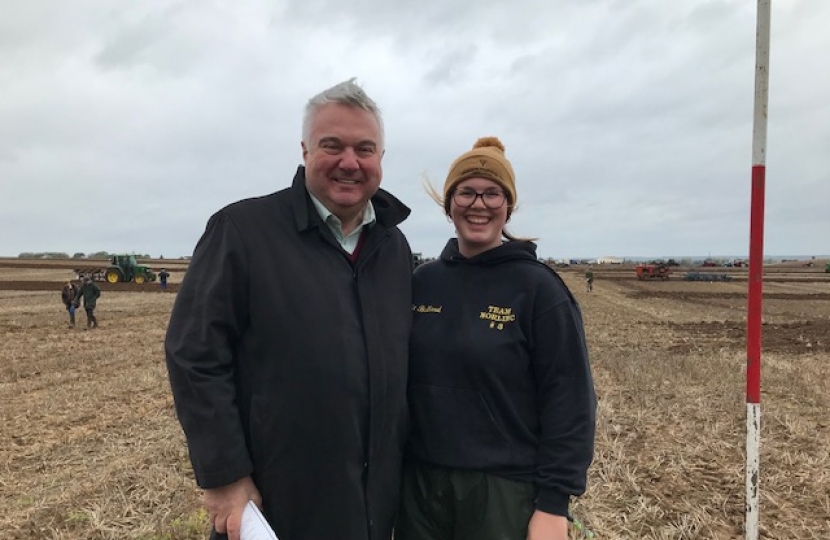 The farm hosted 60 tractors competing to make good straight furrows to a stated depth and without straw in view. Oliver was also briefed on NFU issues by Ros David, Leonie King and Tom Wornham.

"We are one of the best farming areas and ploughing is a top skill in an arable area like ours. It was marvellous to see so many heritage and modern tractors and to meet our local farmers and NFU specialists. It was a great morning and they even had a big screen so we could watch England's rugby triumph!"

NE Herts MP Oliver Heald met representatives of Battersea Dogs and Cats Home today to make common cause over the introduction of a new law to increase sentences for animal welfare offences from a maximum 6 months imprisonment to 5 years.