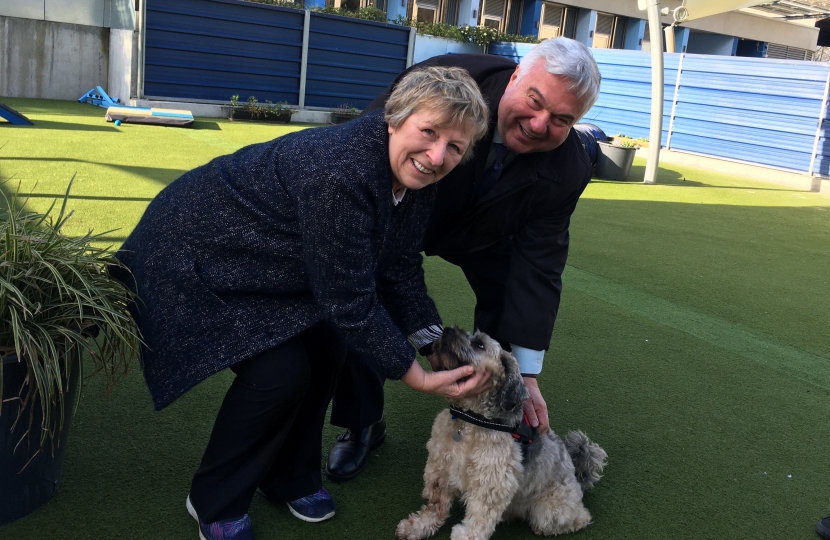 Oliver was shown round by the Head of Public Affairs, Richard Clare.  During the visit Oliver and his wife Christine got to meet Harry, a Tibetan Terrier; Jenny a one year old Jack Russell and many other dogs.  He also visited the cat section where he was able to meet Mia.  The photograph shows Oliver and Christine with Harry.

Commenting, Oliver said “Battersea is a fantastic charity and does so much for dogs and cats.  It was great to meet the team involved in looking after the animals from their entry to being re-homed and poignant to hear many of their stories.  Many of the facilities have been made famous by the Paul O’Grady TV programme For the Love of Dogs.”

£200m has been made available for small and medium charities and community organisations to apply for. These grants will be distributed through The National Lottery Community Fund. Priority will be given to the following types of applications: