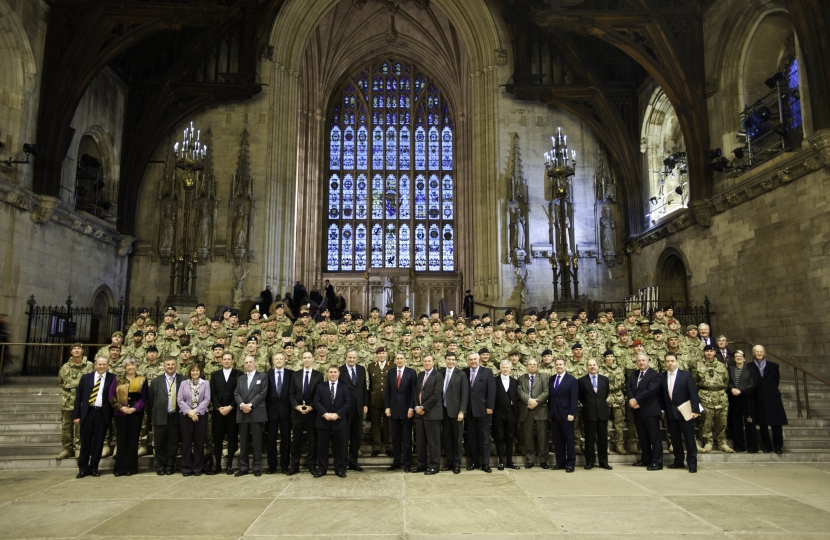 NE Herts MP Oliver Heald was one of a number of Ministers and MPs who welcomed home our armed services from Afghanistan this week at a ceremony at the House of Commons. The 12th Mechanised Brigade (including members of the Royal Anglian Regiment) marched to the North Door of Westminster Hall where they were welcomed with clapping and a speech from James Gray MP. They then visited the House of Commons and were shown round with refreshments served.

Commenting Oliver said: “It was excellent to be part of the Welcome Home party and to have a chance to say thank you for the bravery of our servicemen and women”.

The ninth unit – the 1st Royal Tank Regiment – is under the Brigade’s operational control for the next 12 months.

In addition, the brigade is also supported by the following Combat Support and Combat Service Support units: