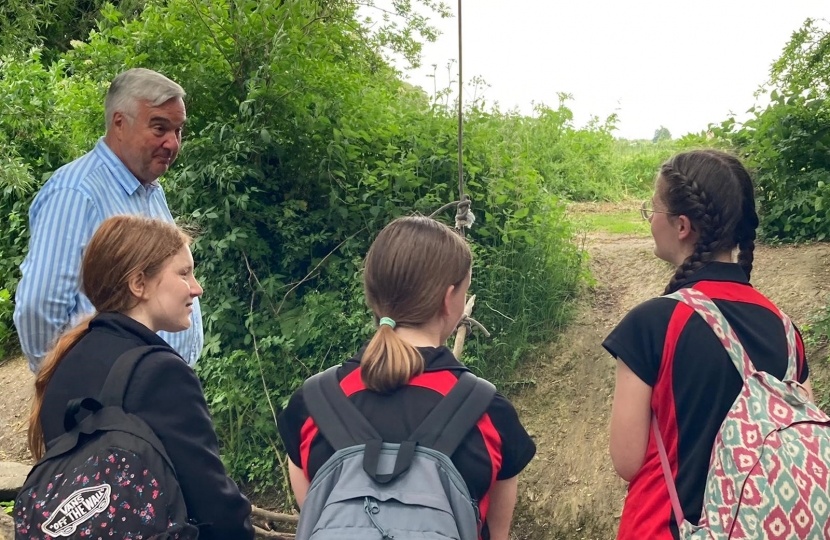 Commenting, Sir Oliver said: "I was delighted to meet Duke of Edinburgh Award Scheme members who showed me the hard work they have been doing helping Ivel Springs and the stream. They have cleared areas to reveal the natural bed of the stream. We discussed the evidence they had found of water voles and the brilliant English flowers to be found near English chalk streams. The Ivel is precious to our area and the country and it was good to be able to share some of the work we have been doing on the All Party Group on Chalk Streams which I set up with other MPs, including several from our area.

The Government has agreed to take action to restore streams with low flows and work up a plan to tackle sewage spills into streams. Revivel played a big part in helping to bring together chalk stream groups nationally to back the changes needed. Last time I visited the river with Michael Muir it was dry and looked in need of some help, so it was great to see it with water back and looking cared for."