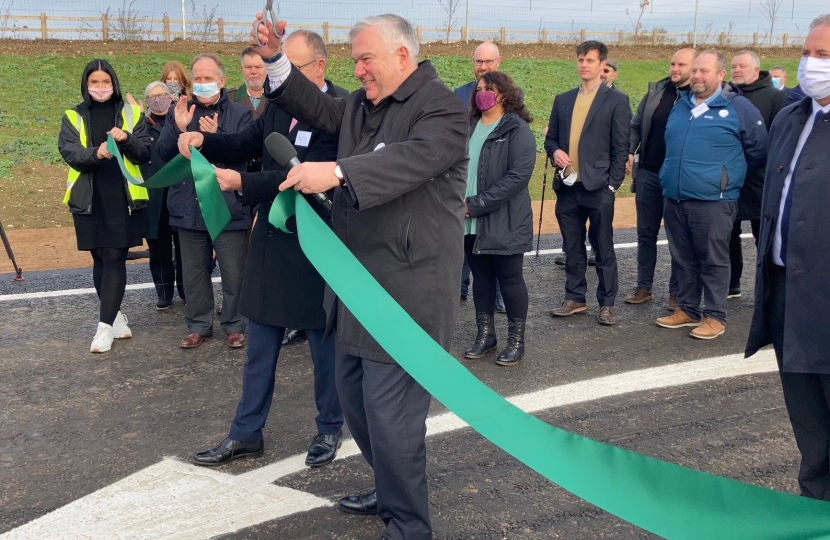 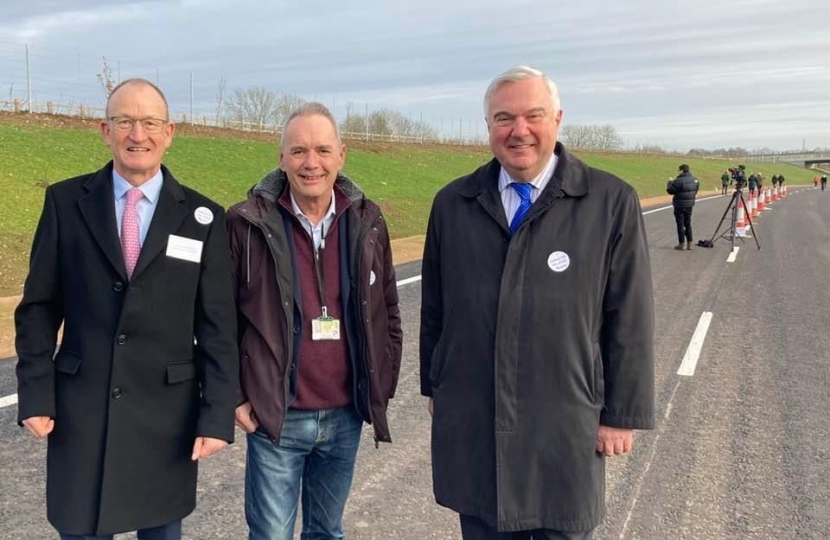 Oliver had supported the Parish Council campaign for the scheme and the HCC bid to Government for funds. The scheme includes a major flood alleviation scheme supported by the Environment Agency, as well as the road.

Before opening the road, Oliver pointed to its importance in terms of road safety, economic advantages and flood alleviation.

The queue on the A120 at the Little Hadham traffic lights is notorious and has led to some dangerous driving as people try to overtake the queue in the face of oncoming traffic. This was also a bottleneck depriving local business of a clear route and the floods in Little Hadham, such as the dreadful one in 2014 will be a thing of the past. The new By-pass alleviates these problems.

500 attended the event on the road and after a countdown, Oliver cut the ribbon and announced the road open. Onlookers then took to bicycles, jogged or walked the new route. Among the walkers was former County Councillor Jane Pitman who started the campaign for the road.

“I am delighted this road will be physically open by Christmas and to have formally opened it on Saturday. It is a great scheme with a flood alleviation scheme too. It will improve road safety, help business and stop the floods. It is £40 million well spent by the Government with County Council and Environment Agency support.”

BEIS Secretary, Jacob Rees-Mogg MP, has today published a Dear Colleague letter setting out further details of the Government's support package. The letter can be read below.