Oliver Heald re-elected as Member of Parliament for North East Hertfordshire with an increased majority. 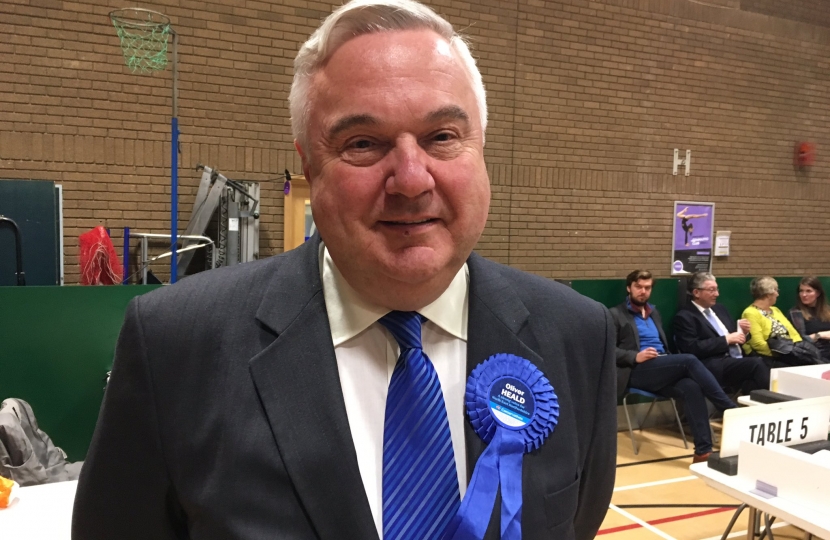 Oliver Heald has been re-elected as the Member of Parliament for North East Hertfordshire, with an increased majority which now stands at 18,189 votes. In 1997 Oliver's majority was 3,088 and every following election his majority has increased, a testament to the positive change Oliver brings to North East Hertfordshire. After the election outcome on Friday, Oliver commented: "I was delighted to be re-elected with an increased majority. I will go back to Westminster as a local person determined to stand up for our area and the people who live here. I am grateful for the support I have received in the constituency."