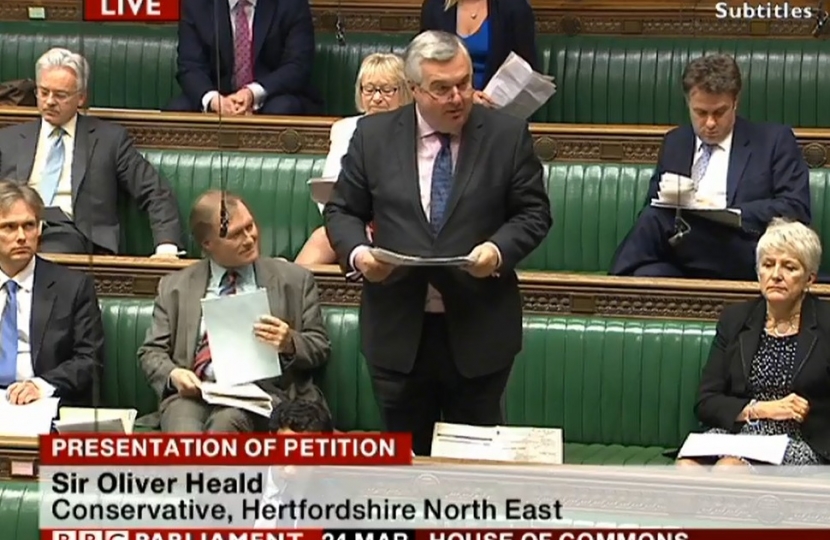 Last night, MP for North East Hertfordshire Sir Oliver Heald was one of 18 MPs from all parts of England presenting petitions on the floor of the House of Commons calling for English Votes for English Laws. Under this principle, only MPs representing constituencies in England would be eligible to vote on issues in the House that affect England only. This is part of Oliver’s campaign, which has led to clashes in the House with Gordon Brown and parliamentary questions and speeches, as set out on his web-site. The signatures came from constituents of each MP’s constituency. Councillor Jeff Jones of Buntingford is the first name on Sir Oliver’s petition, which has signatures from across the constituency.

The full text of the petition is:
The Petition of residents of North East Hertfordshire,

And the Petitioners remain, etc.