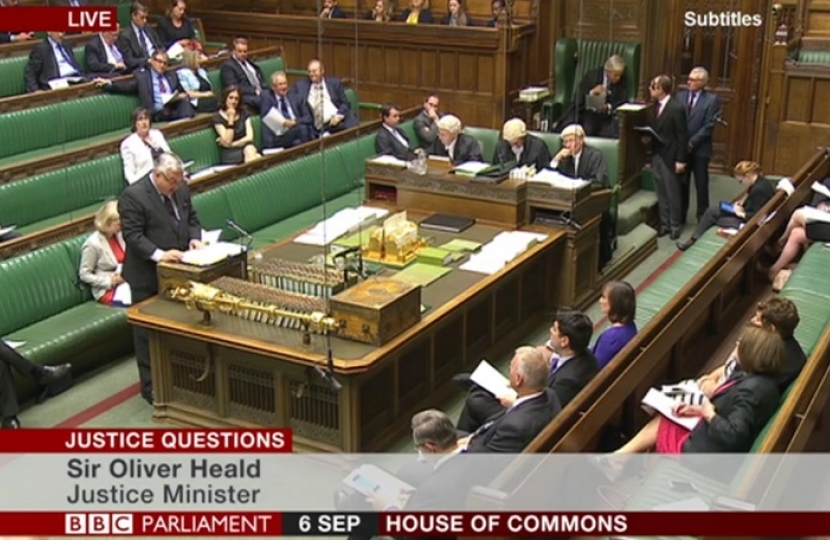 MP for North East Hertfordshire, Sir Oliver Heald, has answered his first Parliamentary questions as the Minister of State for Courts and Justice. In the Commons, he answered questions on legal aid, court provision, and court efficiency.

Sir Oliver informed the House that in only four months of the court modernisation programme, over six million sheets of paper had been saved, a stack as high as the Shard in London.

Sir Oliver also highlighted the importance of legal aid, and confirmed that it is always available in cases where people’s lives, liberty, and homes are at stake. This includes domestic violence cases, housing cases, and cases in which children may be taken into care.

Commenting afterwards, Sir Oliver said, “I was proud to have been able to set out the Government’s justice policy in Parliament. As British courts continue to benefit from the digital revolution, they will become some of the most modern and efficient in the world, increasing access to justice for everyone.”