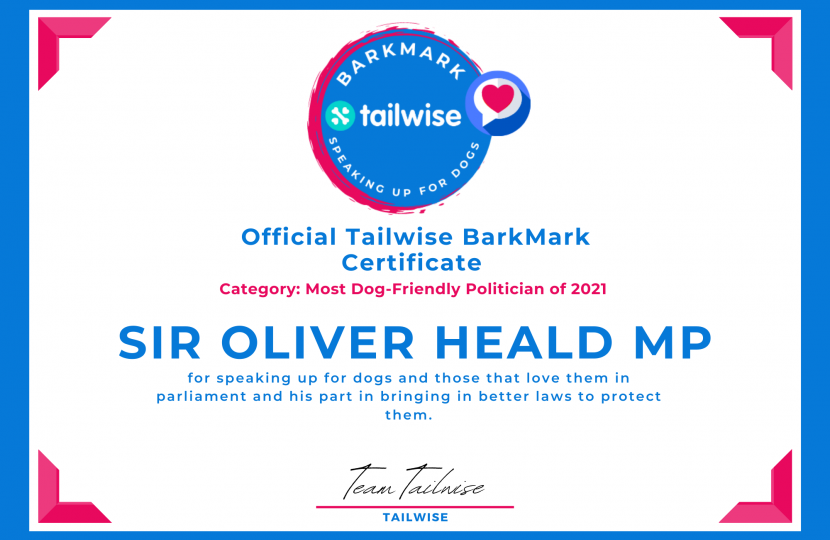 North East Herts MP, Sir Oliver Heald, has been named by Tailwise ‘Most dog-friendly politician of 2021’.

The award is in recognition of Oliver’s commitment to Finn’s Law, now an Act of Parliament, protecting police dogs and the new Animal Welfare Sentencing Bill which Oliver helped promote and which is also now an Act increasing maximum sentences for animal cruelty.

Tailwise is a company that helps connect puppy parents with responsible and ethical dog breeders and officially hosts the BarkMark Awards.

Sir Oliver commented: “It’s nice to receive recognition for work on dog welfare in Parliament, but the real reward is the better protection for animals generally and dogs in particular.”