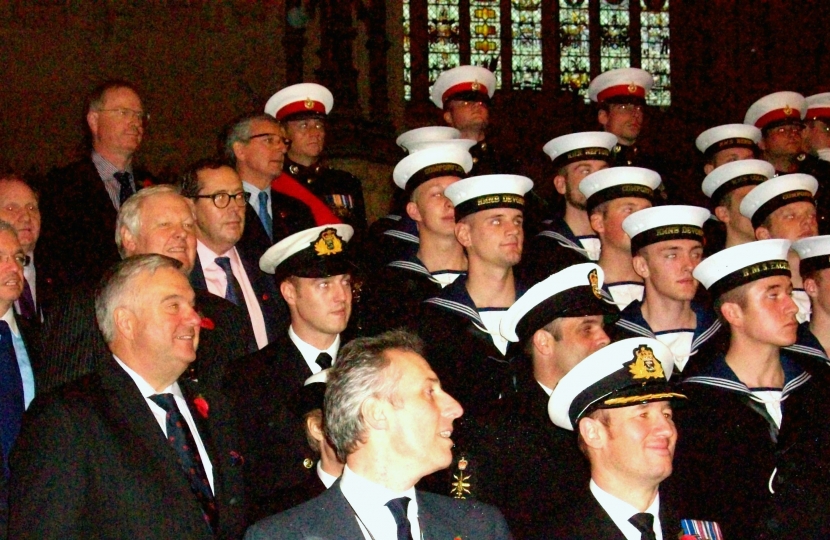 Sir Oliver Heald MP attended a parade of Royal Navy personnel in the grounds of the Houses of Parliament this afternoon to thank them for their brave and dutiful service to the nation. This is the first time in a century that the Navy has marched into the Parliamentary estate, and they were greeted with applause from those present. Sir Oliver was amongst the large group of MPs, Peers, Parliamentary and Members’ staff, and members of the public who had gathered. They were joined by senior Naval officers and the Prime Minister to greet the parade as they marched through Carriage Gates to arrive at Westminster Hall. After a speech by the Prime Minister, the parade went inside the Hall for a group photograph with the Prime Minister and other Parliamentarians.

Commenting, Sir Oliver said, “I am very pleased to have been there to welcome members of the Royal Navy to Parliament. The British forces are the best in the world, and the whole nation is immensely proud of them, their courage, their sacrifice, and their dedication. I pay tribute to all our brave man and women in the Forces, and thank them for their service.”

Sir Oliver (bottom left) is pictured in the Hall with Navy personnel.