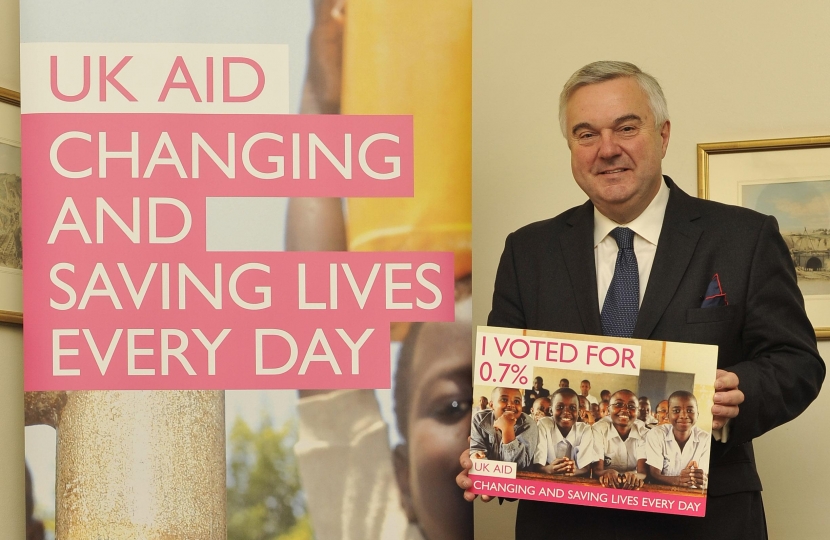 MP for North East Hertfordshire, Sir Oliver Heald, voted in favour of the International Development Bill at its Third Reading in the House of Commons on Friday. This Bill commits the UK Government to contribute 0.7% of national income to overseas aid. It passed this vote by 146 votes to five, and now goes for scrutiny in the House of Lords. The 0.7 per cent target was first agreed internationally in 1970 by the United Nations General Assembly. The actions of this Government made the UK the first G7 country to hit this goal.

Since 1990, the number of children dying unnecessary deaths has been cut almost in half, from 12 million a year to 6.9 million. Aid has also contributed to improving education, health, sanitation, gender equality, and other public services that sustain a developing economy and add to global growth.

Commenting, Sir Oliver said, “I wanted to fulfil our commitment to meeting our UK Aid promise and enshrine it in law. As a prosperous country, we have a duty to care for the world's poorest people. It is also in our interest to help build a more peaceful and stable world. I am delighted to have turned up and saved lives.”