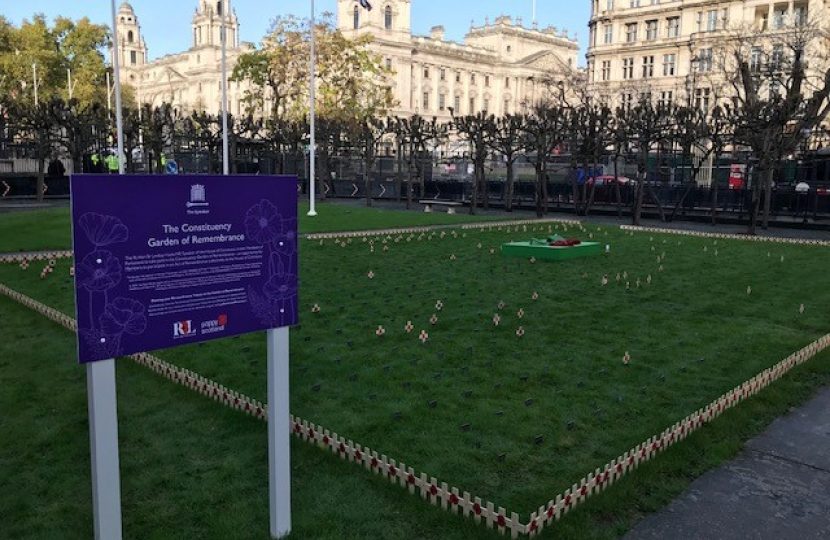 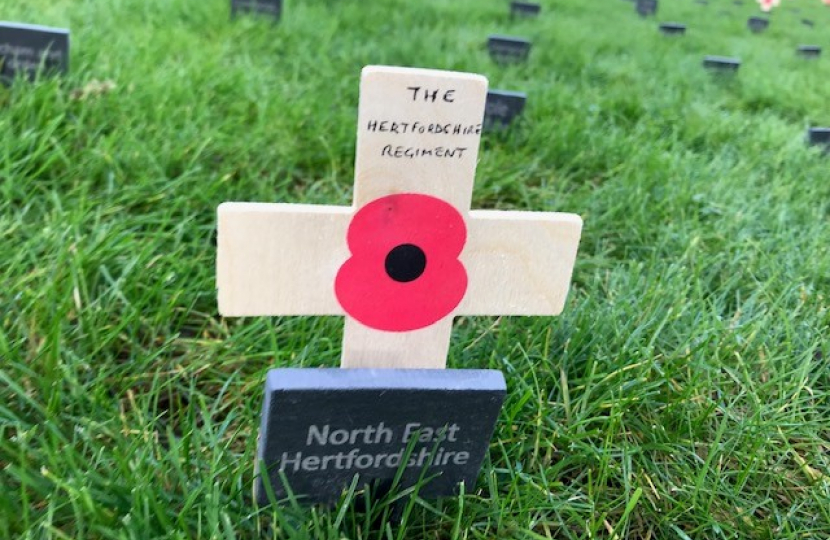 North East Herts MP Oliver Heald has placed a cross of remembrance in the Westminster Garden for the Hertfordshire Regiment who lost so many local men in WWI.

Commenting Oliver said “I visited the battlegrounds of WWI with Herts at War and was moved by the sacrifice of so many boys from our area. They will not be forgotten nor those who followed in later Wars.”