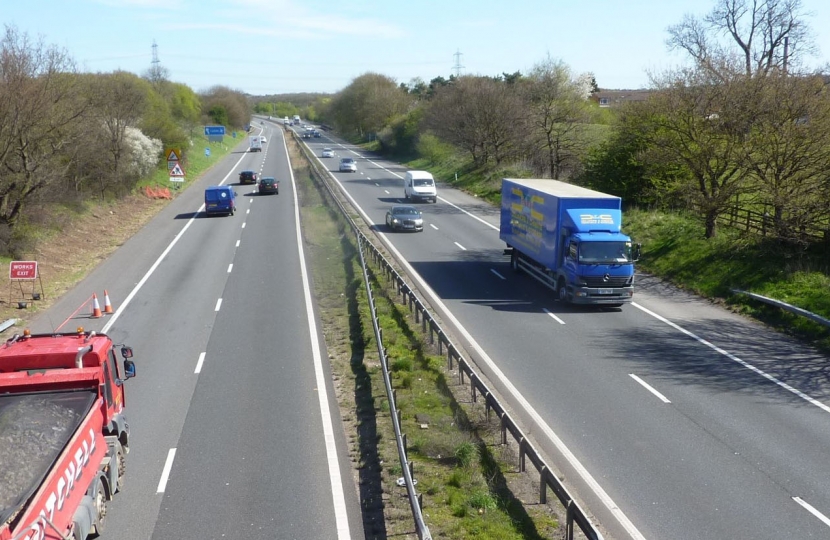 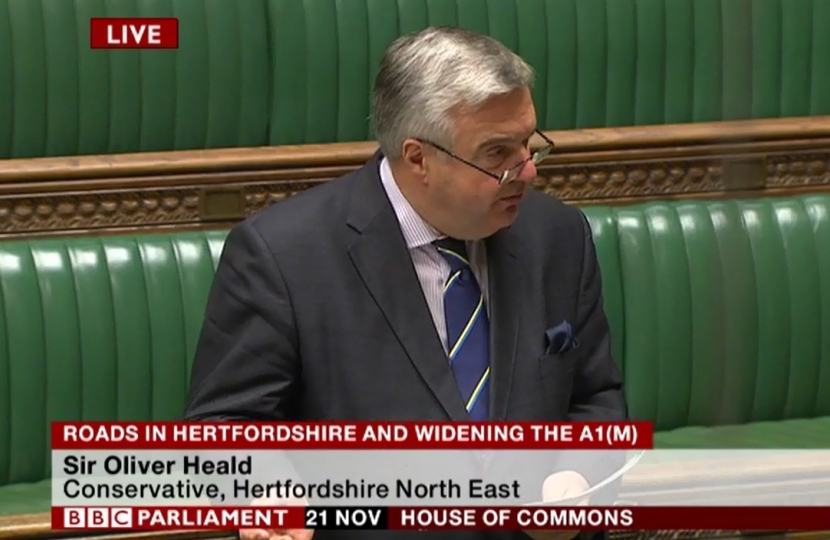 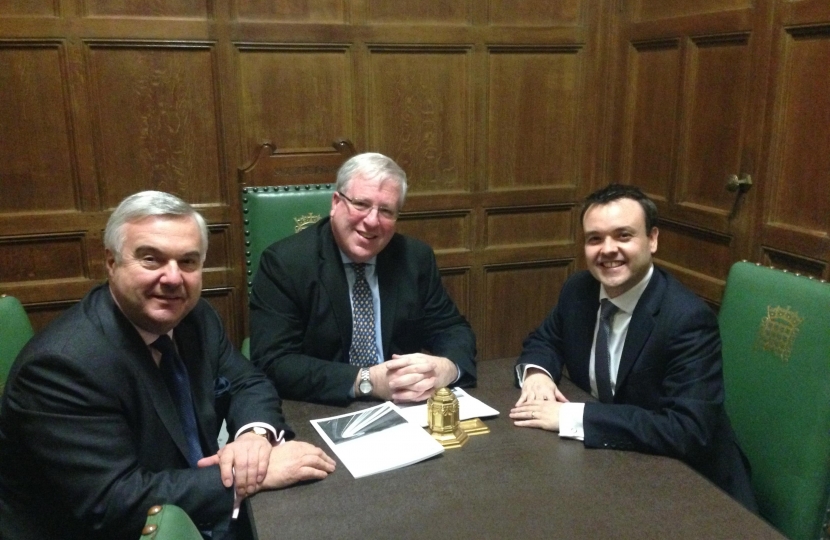 However, I believe that there is still much potential in the area that is not being realised. The Welwyn to Stevenage section of the A1(M) has only two lanes in each direction, as opposed to the usual three. Every morning and every evening, this section sees huge queues, traffic jams, and tail-backs; a blight on one of the economic powerhouses of the UK. Hertfordshire makes a very large contribution to public sector funding in other parts of the UK, and I believe that it is only fair that some of this money is used to widen the road to a full three lanes. Widening the A1(M) in this area would assist local motorists, aid road haulage, create a powerful strengthening of the local economy, and this would put more money into the public purse. A better road becomes even more vital if more homes are to be built in the area.

See my campaign below:

21 November 2016 - I recently held a debate in the House of Commons on the issue of Hertfordshire’s roads. Atthe end of it, there was a reply from a Government Minister. This debate gave me the opportunity to further press the case for better roads on behalf of the people of North-East Hertfordshire. You can read the official report of the debate here, and you can watch it here. I was happy to have had a meeting with the Minister responsible, Rt Hon. John Hayes MP, along with other local MPs, to discuss the matter.

I am pleased that, following my campaign on the issue, the Government has decided to fund the widening that I called for. I am delighted, and this will make life on the roads considerably easier for businesses, their employees, and local residents. My press release about the Government's announcement can be found here.

10 March 2016 - I raised the matter in the House again. I called on the Transport Minister to ensure that major infrastucture projects continue to be planned well in advance and built speedily. I said that, in Hertfordshire, “it had reached the point at which growth was being compromised because the A1(M) was not being widened between Stevenage and Welwyn”. I argued that “planning such infrastructure projects far enough ahead” is vital “to enable us to maintain the kind of strong economic growth that we have at the moment as a result of the long-term economic plan”.

12 March 2016 - I received a reply from the Transport Minister to a question I asked about progress on starting a feasibility study of the work.

18 April 2016 - I recieved confirmation that the design phase for the A1(M) project has now started.

15 June 2016, I received a reply from the Transport Minister to a question I asked about the timetable for the work.

9 December 2016 - I received a reply from the Transport Minister, providing an updated timetable for the design and construction phases of the widening scheme. I will keep a close eye on progress.

2 May 2017 - I received this update from Highways England:

Thank you for your email regarding the upgrade of the A1(M) between Stevenage and Welwyn Garden City and Junction 9 on the A1(M) at Letchworth. A response to each of your issues is provided below:

Upgrade to the A1(M) (Stevenage to Welwyn Garden City)

Highways England has recently completed the operational concept stage for the A1(M) J6-8 Smart Motorway between Stevenage and Welwyn Garden City. The assessment considered a number of factors including safety, traffic data, the existing road layout, physical and environmental constraints, maintenance requirements, interaction with the local road network and construction impacts. The assessment concluded that All Lane Running (ALR) is the preferred option to resolve capacity issues on this section of the A1(M). This means that the existing hard shoulder would be converted into a permanent running lane with refuge areas provided for vehicles to use in the event of an emergency. The upgrade will provide a consistent 3 traffic lanes from the existing 3 lane section south of Junction 6, through to the existing 3 lane section north of Junction 8.

Junction 9 on the A1(M) at Letchworth

The slip roads departing the A1(M) both northbound and southbound are maintained by Highways England immediately after leaving the A1(M) but as the road approaches the roundabout responsibility transfers to Hertfordshire County Council. Any future improvements to the road layout would fall under the responsibility of the council to promote.

We work closely with Hertfordshire CC given the shared responsibility for the slip roads and would expect to be fully consulted on any proposals to improve the slip road exits on the roundabout to ensure plans do not have an adverse impact on the strategic road network. However, at this stage we are unaware of any plans to bring forward proposals from Hertfordshire CC.

May 2018 – I have asked the Minister at Transport for the latest timetable on the A1(M) widening/SMART Motorway between Welwyn Garden City and Stevenage and the A414 improvements, such as the new M11 junction and the prospects for a Hertford South By-pass.

North East Herts MP, Sir Oliver Heald, has welcomed a report from Highways England confirming that work to upgrade the A1(M) is progressing well and on time. The preliminary design is complete and the phase 1 construction delivery partner tender is underway. Once the contractor is appointed, detailed design will begin, followed by construction in March 2020.

“It is good news that the works between junctions 6 and 8 A1M have been designed, are on time for construction in 2020 and that we will soon see improved traffic flow. There is bound to be disruption during works, but the scheme will deliver 50% more capacity on this very busy stretch of the A1(M).”