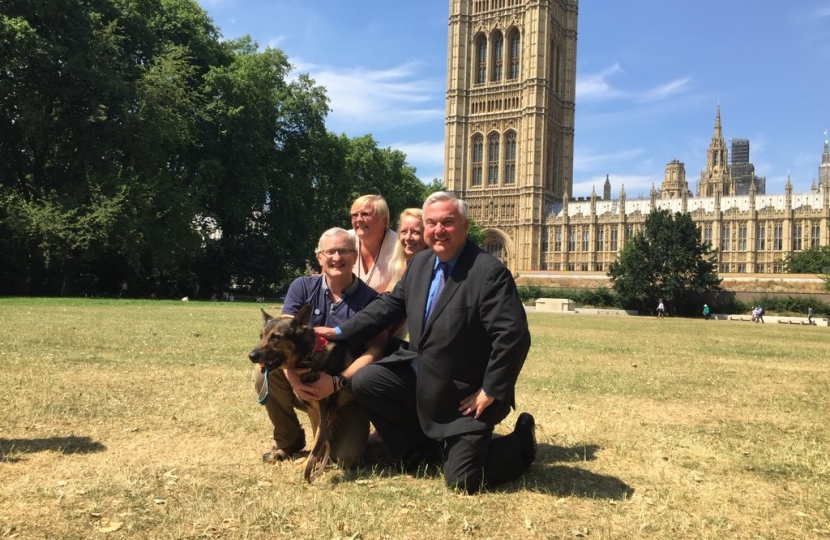 The Bill was passed to its next stage where it will be considered in detail by a Committee of MPs.  The Bill will give protection to service animals like Finn, the Police dog from Buntingford, whose attacker was handed no separate penalty for a vicious knife attack which required Finn to undergo emergency surgery.

Speaking after the vote, Sir Oliver said “I am delighted that my Private Member’s Bill to give effect to Finn’s Law has passed a major hurdle and will now make further progress through Parliament. I pay tribute to PC Dave Wardell, Finn’s handler, and Sarah Dixon who have fought an excellent campaign to  see this Bill get to this stage.  I hope that my Bill will make further progress and that we will shortly see Finn’s Law on the statute book.”

PC Dave Wardell commented “I am over the moon that MPs have this afternoon allowed Finn’s Law to progress to the next stage. This is an important measure to protect service animals who work so hard to keep the public safe.”