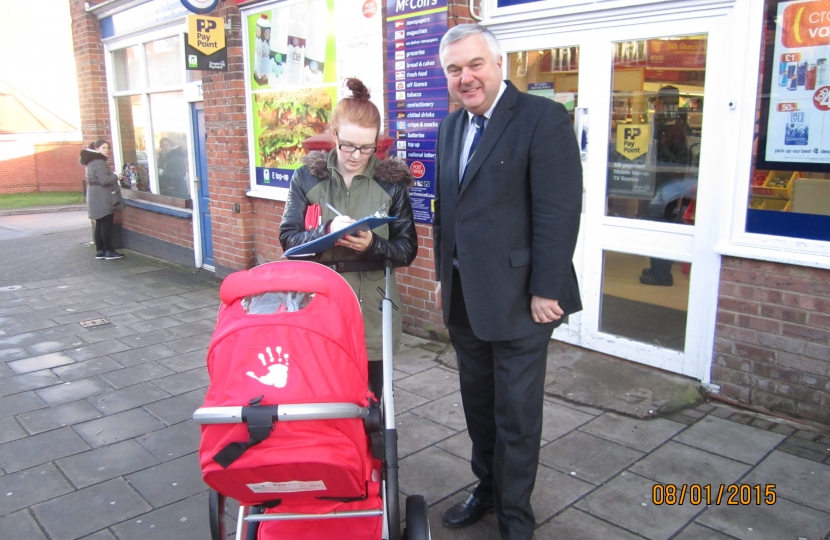 Sir Oliver Heald, MP for North East Hertfordshire, is campaigning for a Satellite Radiotherapy Centre at the Lister Hospital in Stevenage.  At present, patients needing radiotherapy have to travel long distances to the radiotherapy centre at Mount Vernon Hospital in Northwood, Middlesex. Sir Oliver believes that there should be facilities more locally. He is collecting signatures for a petition to present to the House of Commons.  He has also asked local charities and voluntary bodies to support his campaign by collecting signatures for the petition.

Commenting, Sir Oliver said “The Government has poured investment into the Lister Hospital and we now see excellent facilities come on-stream.  The time has come for us also to have a radiotherapy unit available in North Hertfordshire. The journey to Mount Vernon is arduous by car and almost impossible by public transport. We should not be putting cancer patients through this stress.”

The photograph shows Sir Oliver collecting signatures in the constituency and his constituent Nicole Holden.