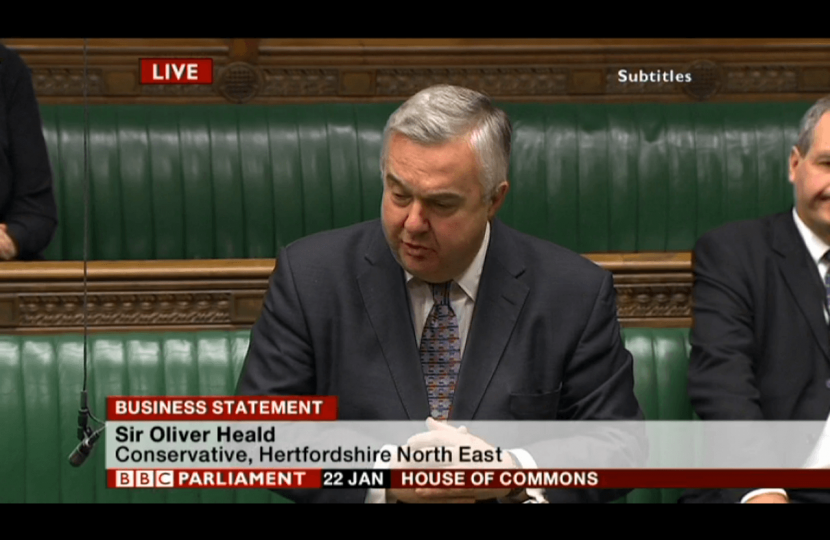 As part of his on-going campaign for a radiotherapy facility at Stevenage’s Lister Hospital, MP for North-East Hertfordshire, Sir Oliver Heald, used Business Questions to call on the Leader of the House, William Hague MP, for a debate on the matter. Sir Oliver’s campaign focusses on the length of time that cancer patients in North-East Hertfordshire currently have to travel for radiotherapy treatment. A satellite treatment centre in Stevenage would reduce the need for cancer-sufferers to make these long and tiring journeys.

Sir Oliver asked Mr Hague to “see whether there is an opportunity to debate radiotherapy so that I can make a plea on behalf of my constituents for a radiotherapy unit in the Lister hospital in Stevenage, rather than their having to travel miles to Northwood in Middlesex for their treatment? The Lister is getting lots of investment, but this extra item would be very good news indeed.”

Sir Oliver is currently organising a petition on the matter, which he hopes to present to the Commons. Details can be found here. The petition can be signed by emailing Sir Oliver on oliver.heald.mp@parliament.uk