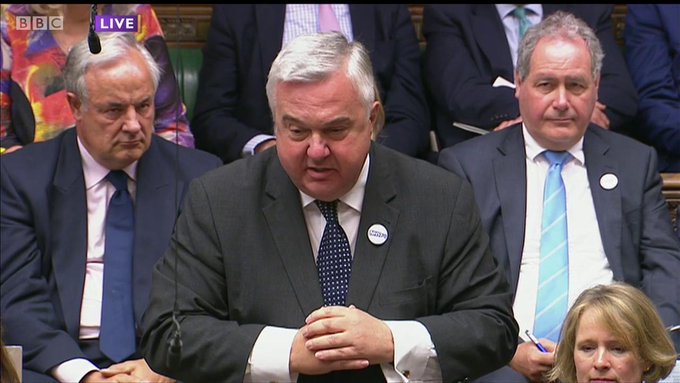 During Prime Minister’s Questions, Sir Oliver Heald MP took the opportunity to highlight to Prime Minister Theresa May the ‘appalling’ rail service that constituents have had to face for seven weeks.

The North East Hertfordshire Member of Parliament questioned the Prime Minister on whether Govia Thameslink (GTR) should be stripped of its franchise and that an operator of last resort should be brought in if the new interim timetable due on 15th July fails to deliver a reliable rail service.

The Prime Minister recognised Oliver’s concerns and acknowledged that service has been ‘simply unacceptable’.  She went on to say that if services are not provided in the way that customers expect, then the Department of Transport will look into the issue further, stating that ‘nothing is off the table’.

Sir Oliver has been pressing for an improved reliability of timetable, service and accurate information for passengers for seven weeks. He has now taken up this issue at every level in GTR and with the Government, because of his concern at the appalling service for constituents. He has done so repeatedly and also cooperated with other MPs to press for improvements. The next test will be the new timetable of 15th July with promises this will be a regular service.

You can watch the clip of Oliver's question here: