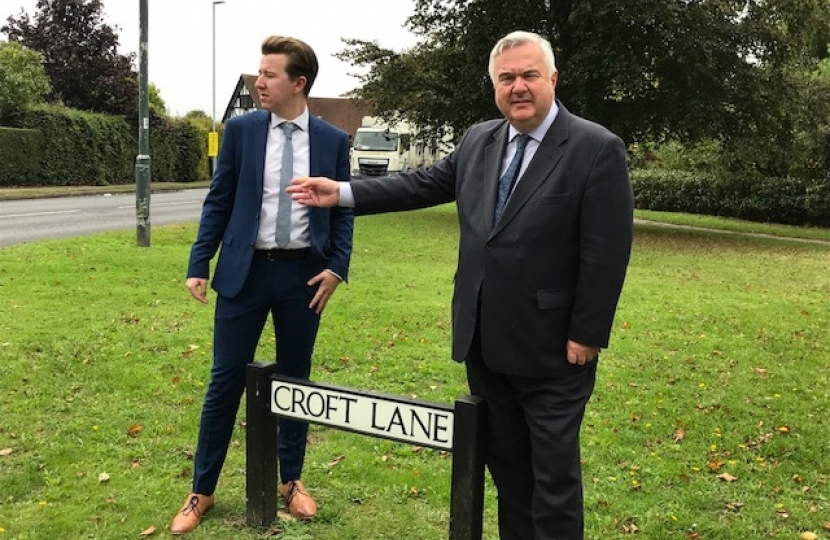 Oliver Heald MP is backing the campaign for a pedestrian crossing to be provided in the vicinity of Norton Road/Green Lane/Croft Lane, Letchworth Garden City. He has been approached by residents, Cllr Morgan Derbyshire and Co Cllr Simon Bloxham.

Co Cllr Bloxham has supported the allocation of £25,000 from his Highways Locality Budget from the upcoming 2020/21 financial year for design of a crossing, with a view to a crossing being installed within the following financial year (2021/22) subject to funding being available. The need for the crossing has been established.  The design section will proceed and then the funding for the crossing will need to be approved by the County Council.

Co Cllr Bloxham has been in contact with the Norton Action Group and local residents and he keeps them updated on this issue.

The remaining issue is the finance and Co Cllr Bloxham is pressing for the approval and has asked Oliver for his support.

Oliver has immediately contacted Herts Highways asking for the crossing to be given support, once the design is ready.

Commenting Oliver said: “I know from local residents how important this crossing is and I pay tribute to Simon Bloxham for allocating money for the design phase. I have now pressed the County Council to fund the final scheme.”

£200m has been made available for small and medium charities and community organisations to apply for. These grants will be distributed through The National Lottery Community Fund. Priority will be given to the following types of applications: