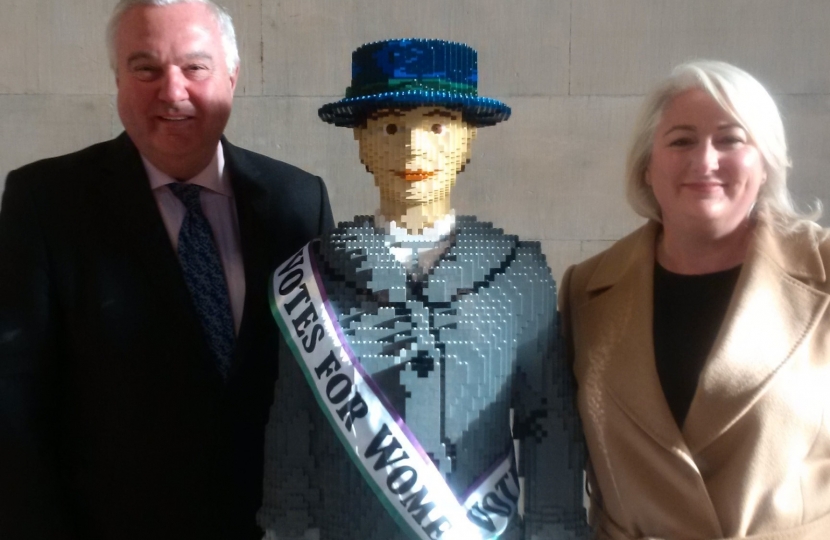 North East Hertfordshire MP, Sir Oliver Heald, welcomed constituent Sarah Jamison to Parliament today as part of a massive event aimed at encouraging more women to stand for election. The initiative saw more than 250 inspiring women from all parts of the country descend on Westminster to highlight the need for more women in politics.

On 21 November 1918, just days after the Armistice, the Qualification of Women Act was passed to allow women to stand for Parliament for the first time. Today’s event is a celebration of this Act and a call for more women to come forward. Since 1918 we have only had 491 women MPs compared to 4503 men. At this rate it will take another half century before women catch up. Today’s ‘Ask Her To Stand’ event was aimed at closing the gap.

Sarah was invited to take part in workshops and listen to talks and Prime Minister’s Questions and to get a full picture of what it means to stand for political office. Commenting Sir Oliver said, “In the years I have been in Parliament the gender balance of MPs has improved slightly, but there is much further to go.  I hope today inspires Sarah and other women to stand for election to give us all broader and more representative decision-making.”

1. 50:50 Parliament campaigns for a better gender balance in Parliament. Find out more at

2. The photo shows Sir Oliver and Sarah in Westminster Hall with a Lego model of a suffragette.