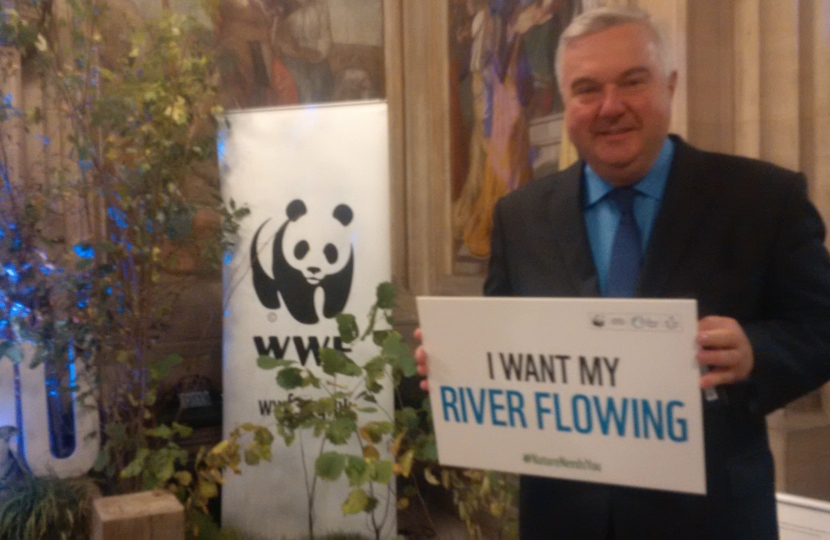 North East Herts MP Sir Oliver Heald is backing the WWF campaign ‘I want my river flowing’ which supports river quality improvements. Sir Oliver has a long campaigning record of trying to improve river flow in the seven chalk streams of North East Hertfordshire and agreements have been reached to reduce abstraction on the Rivers Beane and Mimram.

Commenting, Sir Oliver said “I was delighted to be part of this exhibition at Parliament backing the WWF campaign on river quality. I will continue to press the case. It is also important that we should value our chalk streams which are such an important part of the North East Hertfordshire environment.”