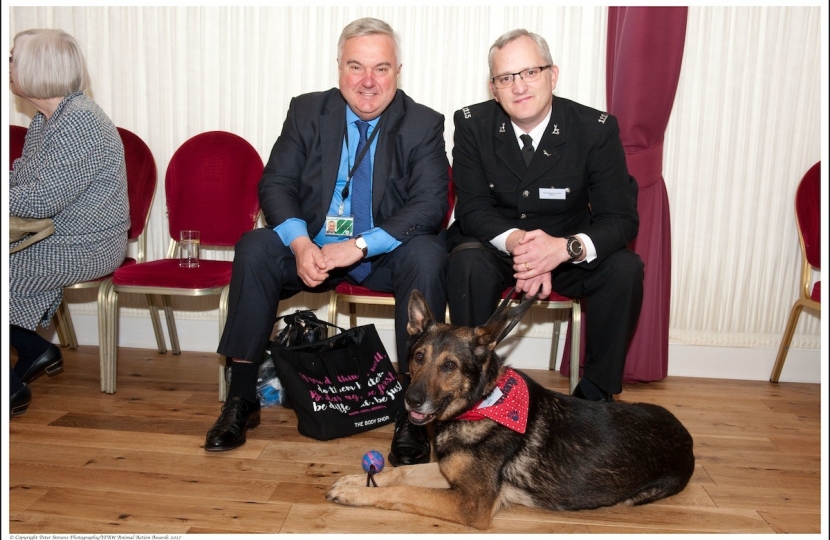 North East Hertfordshire MP, Sir Oliver Heald, was one of the guests of honour at the IFAW Animal Action Awards at Westminster where Buntingford resident PC Dave Wardell and police dog Finn received an Animal Action Award for their courage. PC Wardell was injured in the line of duty when apprehending an offender who went on to stab police dog Finn, including in the chest. Finn was nursed back to health by PC Wardell and went back into service but has now retired and lives with the Wardells in Buntingford.

Finn is the focus of a campaign for new offences to recognise attacks on emergency service animals, known as “Finn’s Law”.

Commenting, Sir Oliver said “I was delighted to attend the Awards and to see PC Wardell and Finn being honoured by Bill Oddie and IFAW. They were both very courageous and I promised to look into how we might take forward measures to protect emergency service animals. North East Hertfordshire will be proud of these local residents.”