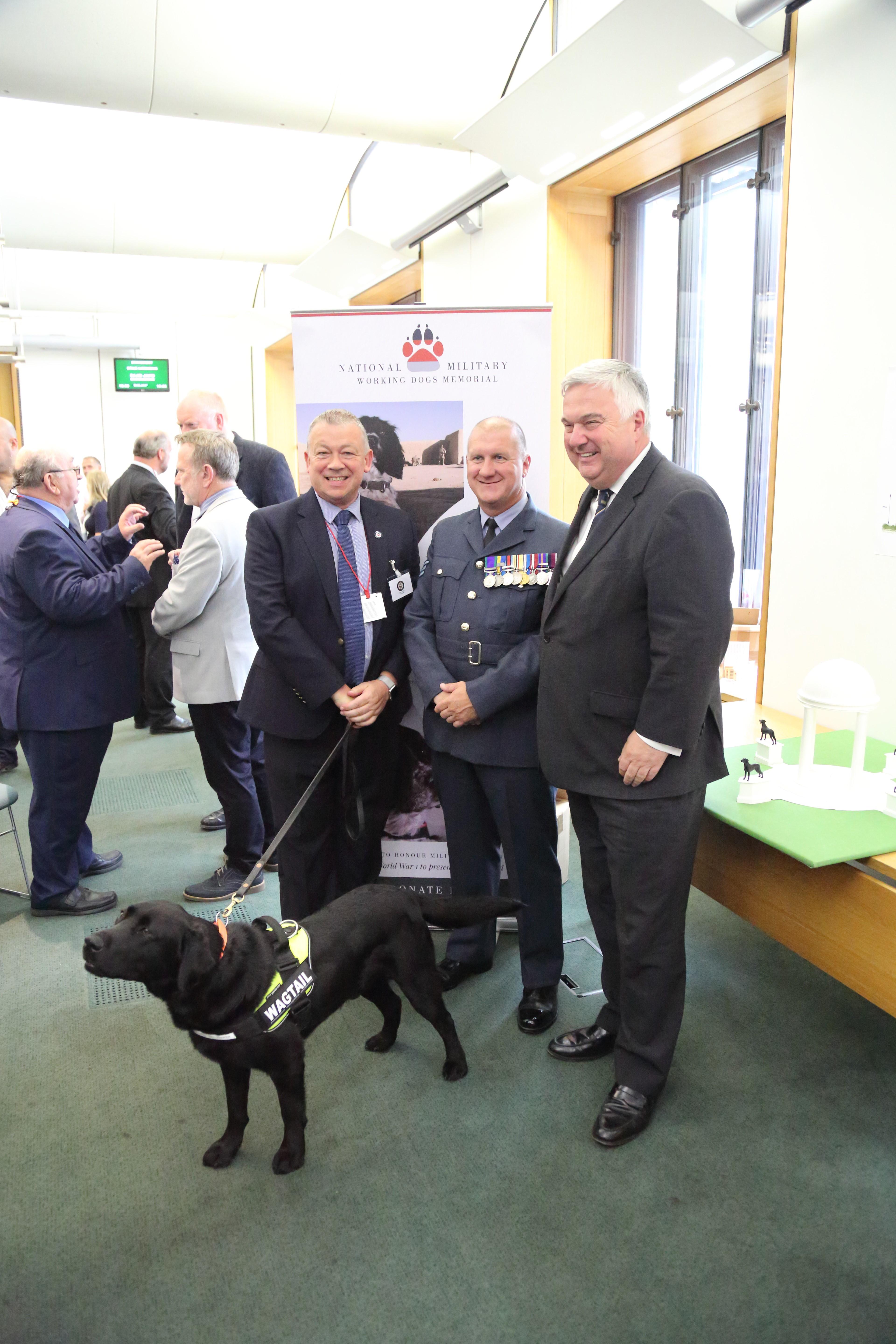 The mausoleum is set to be sited in Brynford, North Wales, and estimated to cost £150,000 to build. It will feature four bronze statues of dogs who will guard over the plaques commemorating the work of the Armed Forces service animals who have served with distinction.

A fund-raising drive is now on to build the memorial following the granting of charity status to the National Military Working Dogs Trust.

Commenting Oliver Heald said: “I am pleased that military dogs are to receive this recognition and am happy to have attended the launch. Military dogs have often saved lives and raised spirits and they deserve to be celebrated.”